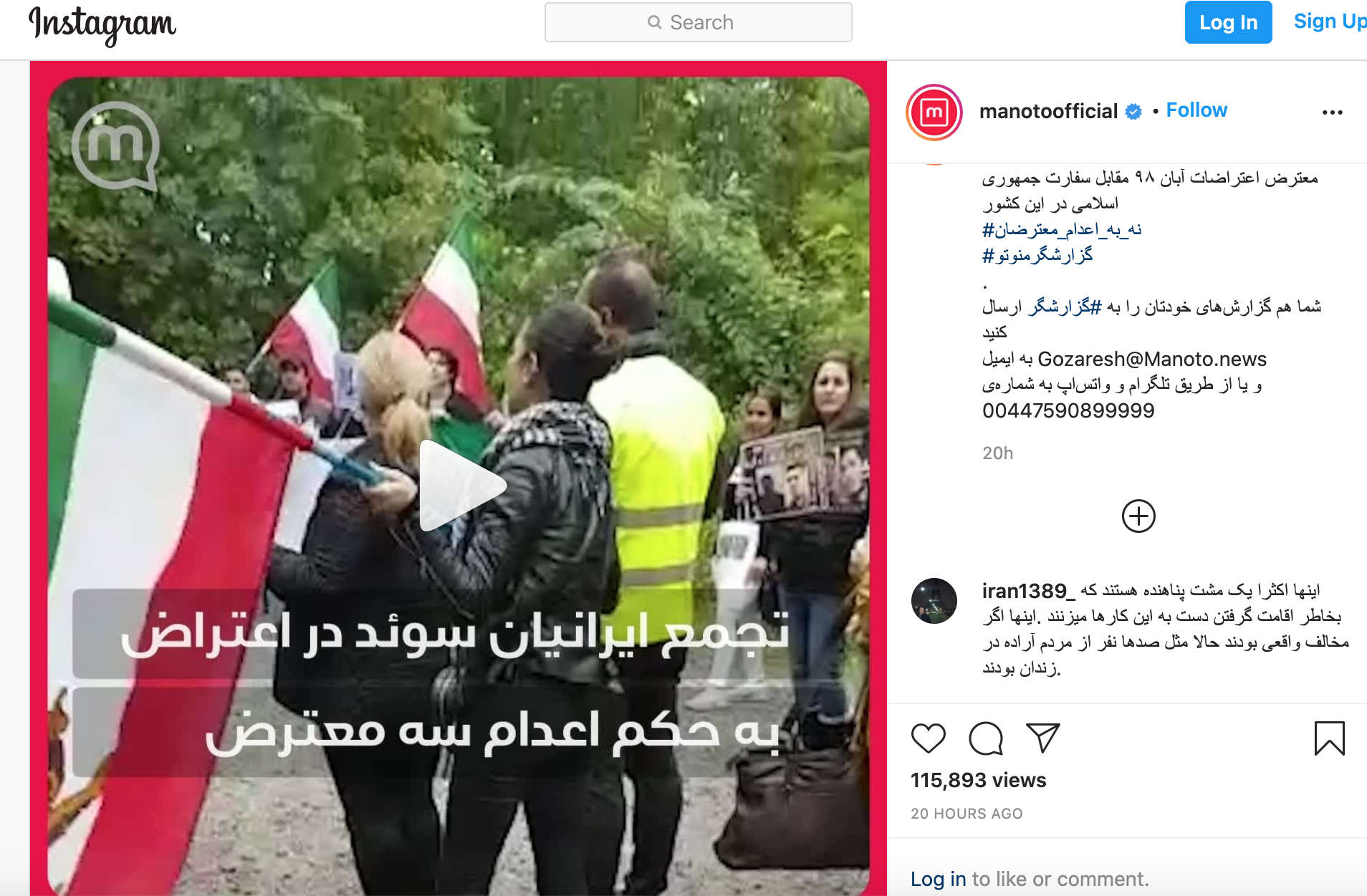 HÖR VÅR RÖST against the dictator regime of Iran (Embassy of Iran in Stockholm).
Hör Vår Röst had a gathering and demonstration on 8 of July 2020 in front of the embassy of Iran in Stockholm to show their solidarity with the Iranian people in Iran and criticize the regims violent behaviour. This demonstration aimed to stop the brutal court decisions for Amirhossein Moradi, Mohammad Rajabi and Saeed Tamjidi who have been sentenced to death in connection with acts of arson that took place during protests in November 2019.
An open letter was handed to the Iran’s Embassy with the protesters signatures after the demonstration in front of the embassy. In this letter Hör Vår Röst criticised Ali Khamenei (the current Supreme Leader of Iran), the Assembly of Experts, the parliament and the government of Iran. There is a video of the event below when the open letter with signatures were handed to the embassy with the help of Swedish police. Many international persian news and anti regime pages in social media has covered this action.
There are videos and links to some of these medias below.

Open letter from Hör Vår Röst to the regime of Iran which was handed with signatures to the Iran embassy. ‎
عقده های یک رهبر :link to the letter

Picture of the signatures which was handed to the embassy. 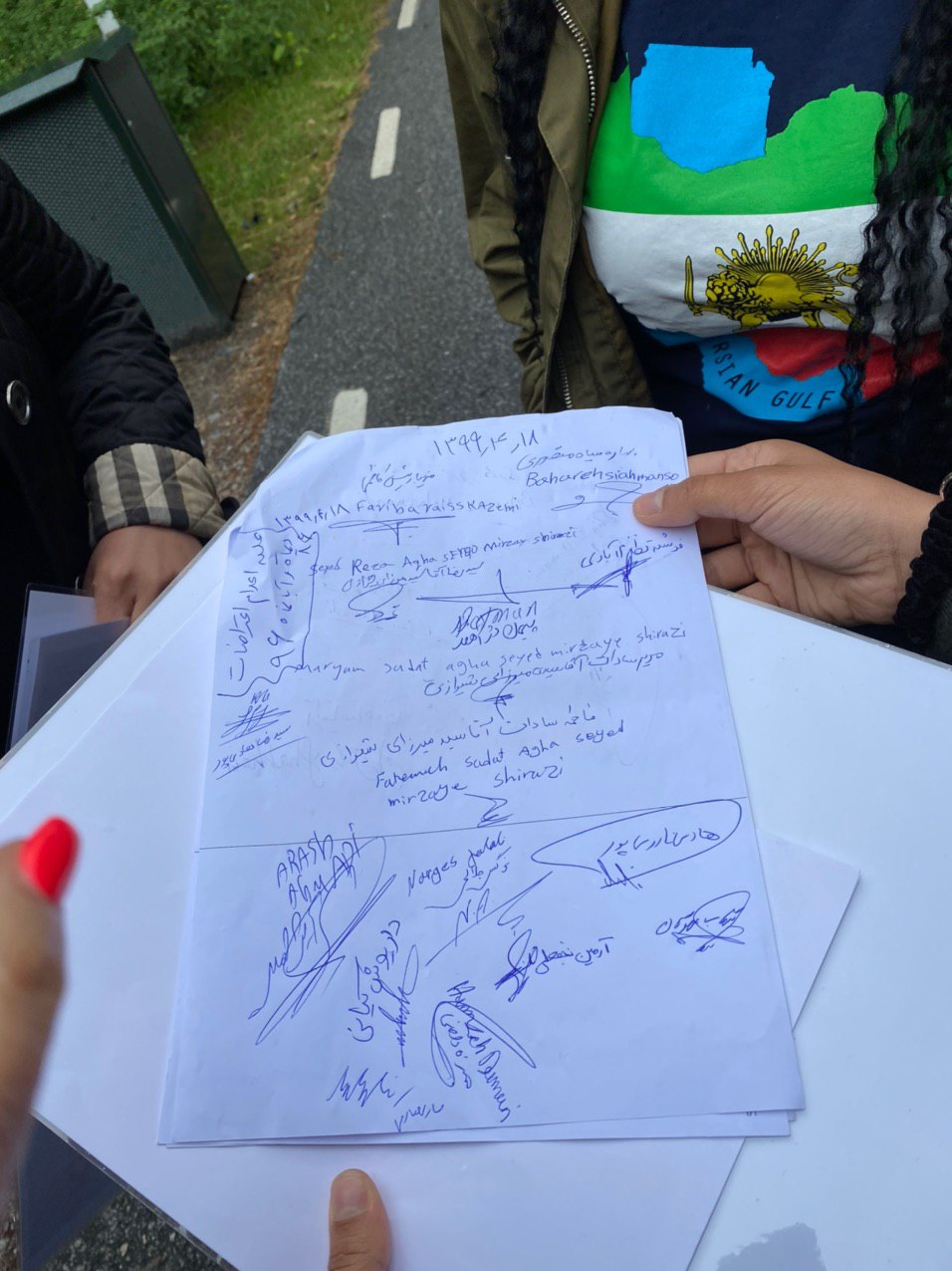 Video of signatures and open letter to the regime of Iran which was handed to the embassy.

Protest in front of the Iranian embassy in Stockholm, Sweden. Covered by the IRan International media and TV.