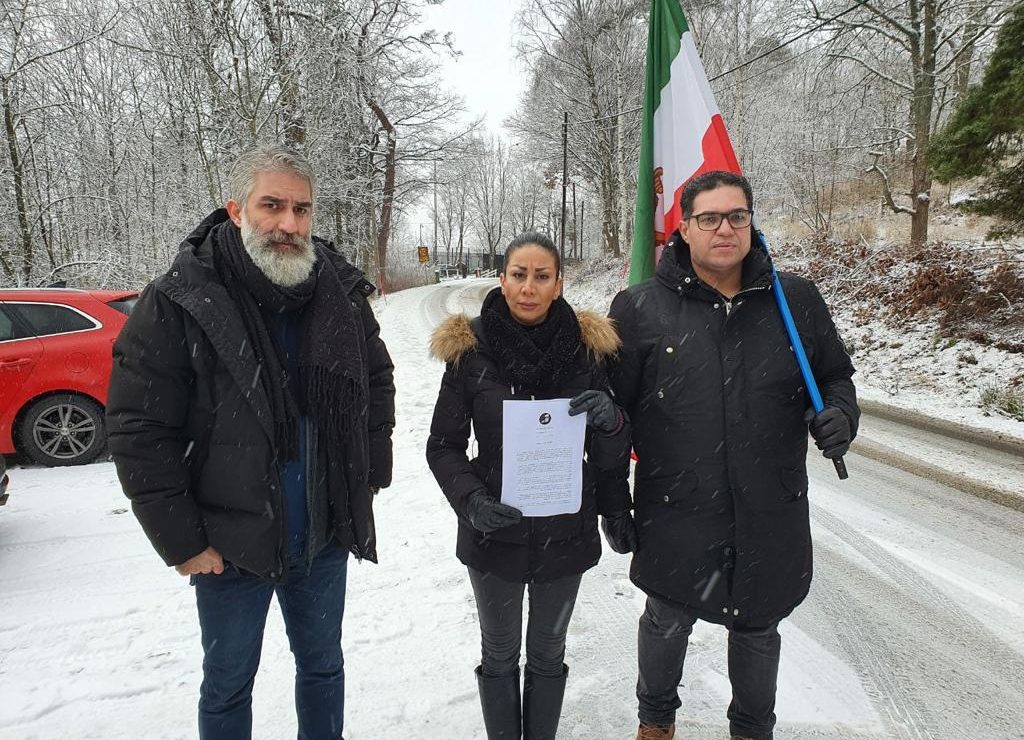 Last Thursday the 7th January 2021, Shahab Mehregan, Hadi Naderipour and Bahareh Siahmansouri as representative of the “Hör Vår Röst”, traveled from Gothenburg to Stockholm. The purpose was to leave an open letter from the group to the Iranian embassy, for the second time, on the anniversary of the shot down flight ps752 in Iran. This letter criticized the behavior of the Islamic Regime of Iran and the humans right issues in Iran. While Shahab Mehregan read the letter loudly, Hadi Naderipour held the pre-revolution flag of Iran flag. Bahareh Siahmansouri handed the letter to the embassy and insisted to read it to all the people at the embassy first, before leaving it to the ambassador. This letter was signed by 24 people from the Hör Vår Röst group that couldn’t attend the protest because of Covid-19. Below is a picture of the letter with the names of the people who signed it. 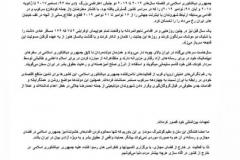 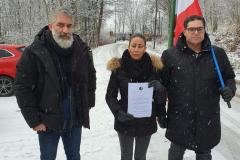 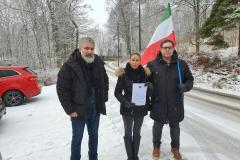 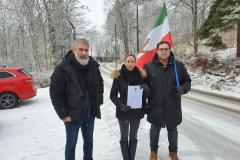 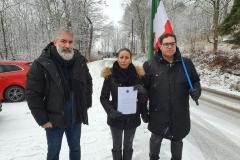 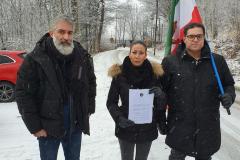